This plugin allows for synchronization between Mautic and Pipedrive.

Create a Pipedrive account if you don't have one already.

Configure the plugin in Mautic

To integrate Mautic with Pipedrive, fill out the following fields: 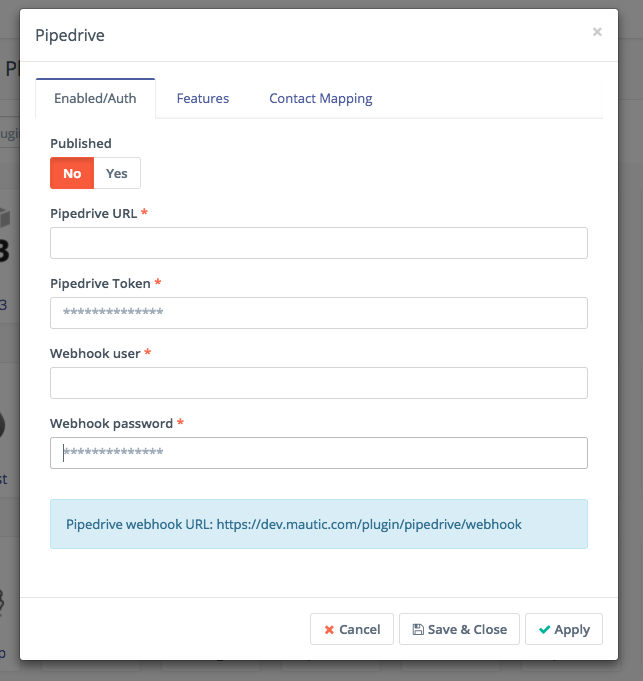 Get the Pipedrive URL and API Token from Pipedrive. The API URL looks just like your own Pipedrive URL, but you have to add /v1 at the very end. In this example the URL will look like this: https://my-test-company.pipedrive.com/v1.

When you are filling out the form for the first time, set Published field to No. When you save the form and open the configurator again, you will be able to map the fields pulled from the Pipedrive API with Mautic fields. Having mapped the fields correctly, activate the integration by setting Published to Yes to start the synchronization.

Be extra careful when matching the fields to make sure that the correct data is saved. 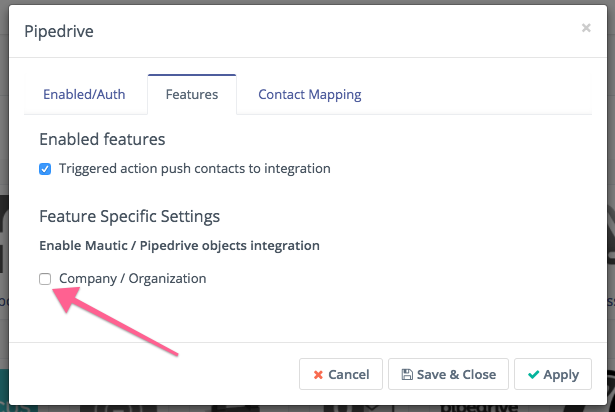 After closing and re-opening the window you will be able to map the company/organization fields – they will be pulled from Pipedrive automatically. 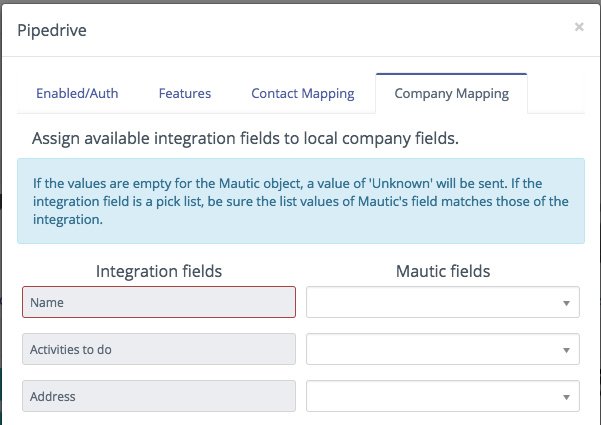 The plugin can also assign Owners to Lead/Person and Company/Organization. If you have a user with the same e-mail address both in Pipedrive and in Mautic, the plugin will synchronize the Owner automatically.

The plugin can synchronize Points field as well. To use this feature, add such field to Person in Pipedrive (Pipedrive doesn't support this field by default): 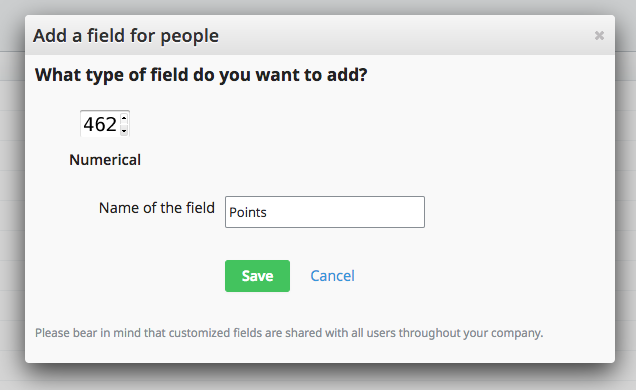 Having done that, open the plugin configuration screen in Mautic again to see a new mapping option:

Configure the plugin in Pipedrive

To exchange the data between Pipedrive and Mautic, configure the webhooks in Pipedrive so that Mautic records are updated automatically.

You have to create webhooks for Person, User and optionally for Organization. 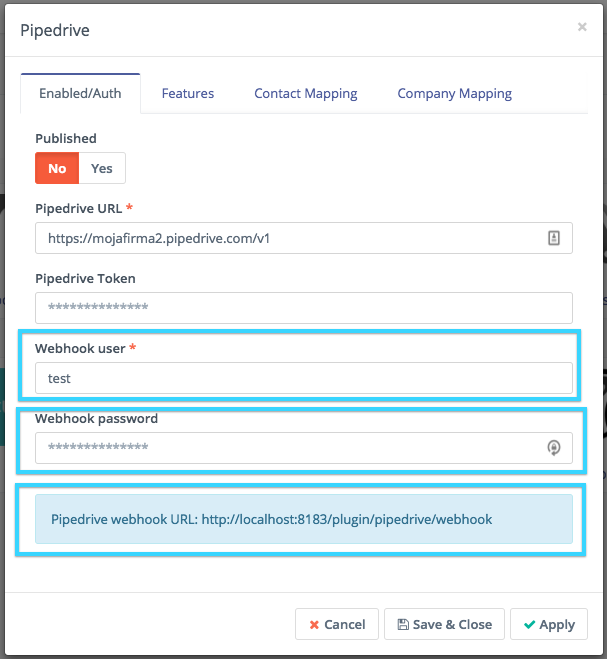 Repeat for Person, User and Organizations. When you're done, the webhook view should look like in the screenshot below. Keep in mind that Company/Organization synchronization is optional, so you don't have to add a webhook for it if you don't want to use it.

The scripts try merge older contacts, but we recommend it just for the initial Mautic <-> Pipedrive data exchange. You shouldn't use them to make updates with CRON.

If you create or edit contact in Pipedrive, Pipedrive should send update via webhook and Mautic should recognize the contact's status and add or update it dedending on last date of integration. If you don't want to use this way of contact's synchronization, just don't setup webhook in Pipedrive.

If you create or edit contact in Mautic, Mautic should send this update to Pipedrive via API. Mautic should recognize the status of the contact and add or update it depending on last date of integration. By default is disabled this feature. You are able to enable it by option Import contacts to Pipedrive immediately on change in Mautic in plugin settings.

Found errors? Think you can improve this documentation? edit this page